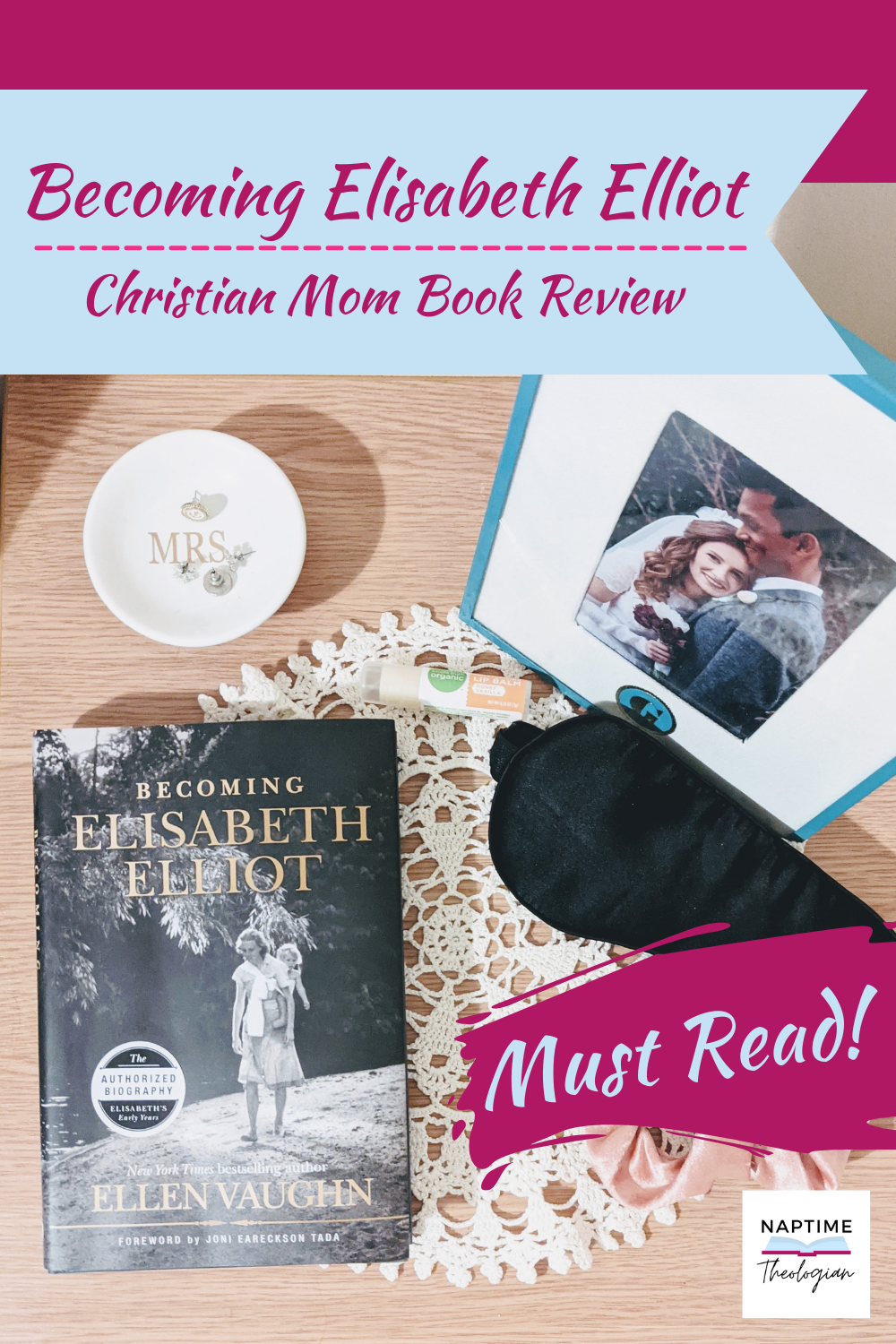 This book was given to me by a dear friend and I was very excited to complete it last month (March). It was thrilling and encouraging. But also very realistic. Here’s my short review and summary.

Not only did I grow up learning of Elisabeth Elliot and her story, but I just completed two of her own books that catalogue her husband Jim Elliot’s diaries and journals last year. Their story is truly heroic. They became jungle missionaries in the 50s and Jim was speared to death by the very Indians they were trying to evangelize.

Becoming Elisabeth Elliot is a rather different take on this well-known story and I was very grateful for this fresh perspective. Ellen Vaughn does an excellent job of piecing together Betty’s diary entries while still keeping the book moving. Vaughn also adds her own insights seamlessly making applications to the Christian life effortless.

Here are a few points that really encouraged me.

While Elisabeth Elliot’s life was marked by the exciting and excruciating ministry in the jungle of South America, it’s really her faithful, everyday choices that made her the woman of God that she was. Vaughn does well to point this out in the opening of the book, “For Elisabeth, as for all of us, the most dramatic chapters may well be less significant than the daily faithfulness that traces the trajectory of a human life radically submitted to Christ.” This immediately made the book relatable to me.

Because my life is filled with ordinary, everyday choices that God has placed before me! And, just like Elisabeth, I have the choice to be faithful to God or not. Her everyday faithfulness is evident in this book.

It made me think of a sermon one of my pastor’s preached before we moved here to England called “Ordinary Faithfulness” from Psalm 37. You can listen to it here.

I especially appreciated Vaugn’s use of the term “Waodoni” instead of “Auca.” For years the tribe that Jim wanted to evangelize and that later speared him have been called the Auca Indians. But the term “Auca” was actually a racial slur among the indians because it is the word for “naked.” So, when you called an “Auca” indian an “Auca” you were referring to them because they did not wear clothing and they were, therefore, savage. Instead of using the term “Auca” as the missionaries did in the 50s, Vaughn chose to use the term “Waodoni” in the book, which is the name of the tribe today. Vaugn’s footnote regarding the use of this term was in and of itself encouraging. She knew that the missionaries would never have used the term, “Auca” as a racial slur. If anything, they used that term to describe people they loved dearly. And so she rightly changes the term from “Auca” to Waodoni to express such sentiment. I applaud her for that!

One part of Betty’s story that I had not read before, or, at least, had not connected the dots before were the struggles that each of the men who were speared had leading up to the mission and killings. They each struggled with different sins and temptations as we all do. That made their heroic efforts all the more heroic to me.

They were still laying their lives down for the Lord, literally, in going on that mission. But they also felt the pull of this sinful world and their flesh just like I do. Somehow, knowing that other Christians struggle (or in this case, struggled) the same as you makes the struggle more bearable. They were truly human and truly heroes.

When the men were speared on the beach, it is amazing to me that their wives kept everything together in their homes and on the mission field. They were cooking meals, hosting people, having church, and carrying on with life without their husbands because they had to. The book told of Betty helping one of the Indians to prepare a sermon each Sunday because Jim could no longer preach. Wow! The commitment these women had to keeping their homes right before the Lord is inspiring.

Obedience to the Lord

After the death of her husband, Elisabeth was faced with many challenges, especially in regard to her calling and what to do with her life now that Jim was gone. She had to think through what true obedience to Christ meant. Here’s how Vaughn put it:

“She realized that on a subconscious level, perhaps she had thought what obedience to Christ would mean following Him to some destination-like a thatched hut in the jungle-and then staying there. Perhaps she’d assumed that obedience in ministry meant following Jesus to an endpoint where one would stay put, and all would flourish. Now she realized, yet again, that a life of obedience never really comes in for a landing, so to speak. ‘He leads us right on, right through, right up to the threshold of Heaven. He does not say to us, ever, “Here it is.” He says only, “Here am I. Fear not.”’”

For me, I have personally seen this kind of thinking. It is easy to think that we will eventually arrive where God wants us and then we are done. But that is not the case. The Christian life should never plateau. We are to grow, grow, grow, by God’s grace. I love how Elisabeth put it, “He leads us right on, right through, right up to the threshold of heaven.”

Overall, this book is a wonderful encouragement to anyone walking in the Christian Faith. Even the well-versed Elliot fan would have much to gain by reading this wonderful account. I am looking forward to the next installment of her biography from Ellen Vaughn.

That post contains affiliate links, you can read my full disclosure here.

Labor with Hope by Gloria Furman

Flow of the Psalms by O. Palmer Robertson