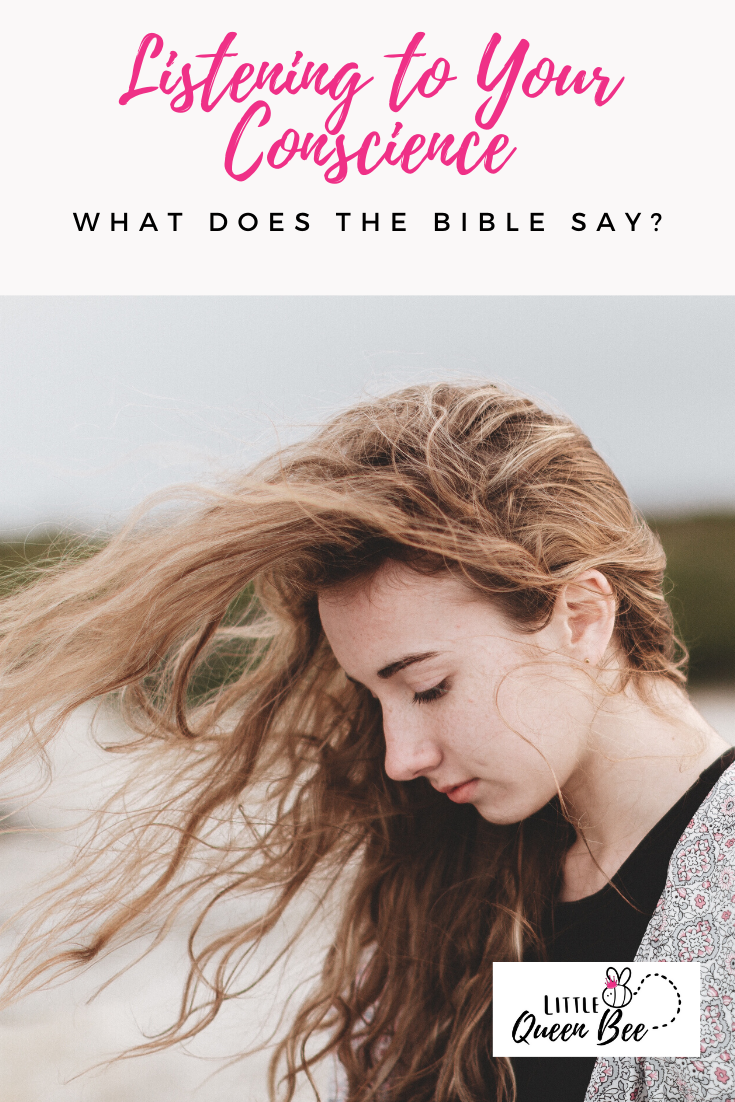 Listening to Your Conscience

I am a shoplifter.

I stole something from Target.

Now, don’t freak out, I paid for it later. But keep reading.

I was shopping at Target, as most moms do these days, and had a few items to purchase. And remember, I have a toddler in tow who does not like her stroller.

To keep tantrums at bay, I handed my daughter a small spray bottle that I planned on buying.

By the time I had found the items I needed the little spray bottle had run its course. So, I hurriedly placed my items on the belt answering the questions they always ask, “No, I do not want to apply for a Target Red card.”

It only took a glance at the receipt to confirm that, yes, I had indeed stolen something from Target!

I convinced myself that there was no way I was going to unbuckle my daughter, walk back into the store just to pay for a $1 water bottle. After all, Target probably won’t care, they may even think that I’m silly to come all the way back to pay for something so small.

But as soon as I started driving away, I knew I should’ve paid for that bottle. My conscience made me feel so guilty. Guilty that I didn’t care enough to obey God in this private area. Even though I had convinced myself that I didn’t need to return it, no one really cared. I had left out that there is One, the One, who did care.

God cared whether or not I stole something. Even if Target and it’s employees didn’t. In fact, God cares about every little decision we make. Because all of those little decisions can either bring Him glory or shame His name. That’s why He’s given us our conscience to help us know what we should and shouldn’t do.

It’s situations like these where we really need our conscience to help us make wise choices, choices that honor God. We are all faced with problems and predicaments like mine every single day. And, God has been so gracious to give us a guide on the inside that can direct our path.

According to Google, your conscience is “an inner feeling or voice viewed as acting as a guide to the rightness or wrongness of one’s behavior.”

As believers we should take this definition one step further and recognize that it is God who has graciously given us a conscience (Romans 2:14).

In Dr. MacArthur’s book, The Vanishing Conscience, he said that, “In the Old Testament, the word for conscience is translated as ‘heart.’ The conscience is so much at the core of the human soul that the Hebrew mind did not draw a distinction between conscience and the rest of the inner person.”

The Bible warns that sometimes your conscience can be weak. Especially as a new believer or if you have a legalistic background (1 Corinthians 8:7). To combat this, we must inform our conscience with Scripture. It’s God’s Word that further defines right from wrong and guides us as we make day-to-day decisions. A strong conscience is one reason among many to study God’s Word regularly and thoroughly. (I wrote a whole post about how to do this as a busy mom). You have to know Scripture in order to know if your feelings of guilt are genuine or not.

Then in order to maintain a strong conscience, you have to keep it clean. Laying your sin before the Lord and repenting keeps your conscience clear. David knew this, that’s why he called out to God to create a clean heart in him, forgiving him of his sin (Psalm 51:10). And the New Testament encourages us to confess for God will always forgive (1 John 1:9; Hebrews 9:14).

By following these two practices of the Christian life, you can prepare your heart and mind for sticky situations.

And, then what do you do when you’re faced with a situation like mine? Listen to your conscience. Trust God by trusting the conscience He has given you.

When I had that feeling in my stomach, I knew I had to go back and make it right. So, I did just that. It wasn’t until a few days later, but I went back to Target, carried in that little spray bottle, and paid for it.

And I’m so glad that I did. All those feelings of guilt went away and I knew that I was forgiven.

So when you are faced with thousands of little decisions each day, remember that God does care about each one and that He has given you a guide along the way: your conscience. Listen to that little voice in your head, those inner feelings, and follow them. Even if “nobody” is watching.

A helpful blog post from Grace to You: Keeping a Pure Conscience

An insightful interview with John Piper: How is the Law Written on Every Heart?

A book from John MacArthur to really dive deep (this is an affiliate link, read disclosure here.)